YOU CAN’T FIT A SQUARE PEG INTO A ROUND HOLE

Or can you? Statistics say no, but I beg to differ. If you hold your mouth just right, close one eye, and both ears, and give it a huge shove it just could be done.

UPS would be here with a return label tomorrow and that second smart TV was resisting our attempt to put it back into its resting place.  You would think it had arms and legs spread out and pushing against us. Maybe it was a lot smarter than it had led us to believe. Read about why we are in this repacking mess here.

The stand was dismantled. The remote was rid of its batteries, and all the bits and pieces were back in the original various plastic bags. All we had to do was slip it down into the box and slap on some tape.

Easy-peasy it was not. Oh yeah, it slipped into that slot pretty easy. That should have been the first warning sign. There was still that Styrofoam cover to protect the edges over there on the coffee table to add to the mix. No matter how hard we pushed and struggled, the cover would only go down so far. And so far was about one inch less than it should be. No matter how long we wrestled with this fifty inch monster we were no match for it. 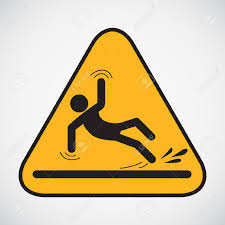 You’d be surprised how well a three-inch wide strip of clear duck tape can hold the lid down on a box, not caring how much of the contents are spilling out over the top.

So that was done. Not as pretty as it was when it arrived, but done is done. Now for the outer packing box. This will be a cinch. The box was a good 2-3 inches wider and taller than the smaller box going into it. But…there were these four pieces of Styrofoam to be placed strategically around the box to hold it steady and keep it from wobbling around when shipped.

This was that spongy Styrofoam and could be twisted into the shape you needed. The problem with that is it never stayed in the shape we needed. I knew how they should be placed. I could see it in my mind how it looked when we unpacked the box.  They had a mind of their own though, not conforming to the situation at hand. The two on the bottom twisted and turned as we lowered the inner box into the outer one. Slipping and sliding around until they were completely turned up-side-down. After four attempts we finally had that box resting correctly in its place.

Now all we had to do was fit in the last two pieces of the puzzle. One piece of Styrofoam at the end of the box on top and one on the side and around the corner holding the package stable. The end piece slipped in easily enough leaving not so much room to wrap the other piece around the corner on the other end.

I know this came out of this box and I know it will fit back into this box. Not one little piece of anything had been subtracted or added…unless you can count the plastic bag for the remote that has somehow disappeared into thin air. Knowing it didn’t factor into this step anyway, I really doubted it was the cause.

Who said you couldn’t fit a square peg into a round hole? It can be done. Now if I can only figure out how to get the chainsaw which has taken up residence in my living room into its carrying case. I did try for about twenty minutes yesterday before giving up. That is probably the reason H has never put it in the case and out in the workroom with all the other stuff he collects and doesn’t really need. I don’t see him chain-sawing anything in the near future.

At least there is no Styrofoam in the equation with the chainsaw. I do believe Styrofoam is the main culprit in repacking a box. What do you think? Do you have any tips to share about repacking? The third TV should arrive shortly and let’s face it – with our lack of luck we may need to re-pack another box.

Posted in Humor, My Dribbles and tagged packing with styrofoam, square peg in a round hole, stuffing box adjustment, unpacking, what to do with styrofoam packing. Bookmark the permalink.

Elle Knowles lives in the Florida Panhandle with her husband and off-at-college-most-of-the-time son. She has four daughters, one son, and eleven beautiful grandchildren. 'Crossing the Line' is her first novel. The sequel 'What Line' is a work in progress. Recently published is Coffee-Drunk Or Blind - a nonfiction story of homesteading in the Alaska wilderness with her parents and four siblings, told through letters by her mother and remembered accounts from the family.
View all posts by Elle Knowles »
← What husbands don’t know…..
Anne Lamott (Author) Writes Down Every Single Thing She Knows, As of Today →