You had to be there…

True story…Once when my mother was hospitalized, my three sisters and I all showed up at her home to give our help, support, and love.

Of course we didn’t mind, but we lived in different states and it had been a while since we had all been together. We took advantage of the situation as a time of bonding between us again.

One night, after a long day at the hospital, we found ourselves home at the same time for a meal. Over dinner we decided to exterminate for bugs while we were there. A few unwanted insects had gotten our attention and after all, we were there to help, weren’t we? We didn’t want Mother to come home from her stay in the hospital to a bug infested home.

One sister – I won’t name names – always read directions and ingredients, and expiration dates before using any items. She wanted to make sure we were using the right product for the right bugs, and that the can was in date.

Among other various insects, this product in hand was also “good for confused beetle bugs.” Yes, I guess that’s a thing, but it set us off into a fit of laughter. We questioned why these beetles were confused and what did they look like? This was also BG (before google). We were on our own with this. 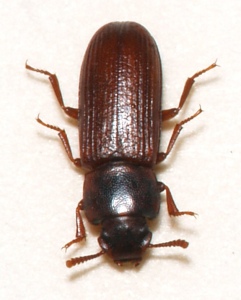 After laughing hysterically for a few minutes, we finally calmed down. Poor Mother was in the hospital and it looked as if were having a party!  What would she think of us?

No we had not been drinking, but anyone who would have come to the door would have thought so.

After spraying for the bugs – hopefully all confused beetle bugs saw the red flag and headed in another direction – preferably out of the house. We decided to call it a night. Tomorrow was another long day and we needed to be at the hospital early.

I remember waking about midnight and smelling something like fire, but not quite fire. Following voices and the smell, I ended up in the kitchen along with my sisters. We didn’t see fire or smell fire. It was more of an electrical smell, but we could not locate the source.

My youngest sister said we should call the fire department. We all knew the fire chief so she made the call. Now this was a small town and everyone knew everyone. I don’t believe she even gave him the address.

“Thomas? This is Tish Knowles. We are staying at Mothers while she is in the hospital and we smell fire. It’s more like an electrical smell. Could you send someone over here to check it out? Give us about fifteen minutes so we can get dressed.”

I kid you not. Those were her words! We were in various states of undress and all scrambled to throw on clothes. In only a few minutes, we heard sirens and saw flashing lights coming toward the house down Mothers driveway. They were not taking their time as Tish had suggested and the entire fire department with ladder trucks and hoses had shown up. They were not going to let Mrs. Knowles house go up in flames while she was in the hospital.

While firemen were searching through the house in every nook and corner for the “fire” we had called in, one of us had the thought to call my brother who lived right down the road. We didn’t want him to be alarmed and think we had set the house on fire.

He calmly asked if we had the florescent light over the kitchen sink on because that is probably what we had smelled. He had not had time to fix it and no one told us not to use it. It took him just a few minutes to show up and apologize to the fire department for an unneeded trip.

After the confused beetle bug dilemma and an almost fire, I think we all overslept and were late getting to the hospital the next morning.

I thought about this story today when I was brainstorming about the sequel to Avoiding The Tilt. I think Evie and Leo need to have an almost fire. It’s right up their alley.

Sometimes when we all get together it doesn’t take much to set us off into fits of hysteria! How about you?

Stay tuned for the shopping basket incident and the need for a hair appointment.

Elle Knowles lives in the Florida Panhandle with her husband and off-at-college-most-of-the-time son. She has four daughters, one son, and eleven beautiful grandchildren. 'Crossing the Line' is her first novel. The sequel 'What Line' is a work in progress. Recently published is Coffee-Drunk Or Blind - a nonfiction story of homesteading in the Alaska wilderness with her parents and four siblings, told through letters by her mother and remembered accounts from the family.
View all posts by Elle Knowles »
← College Football Season Has Officially Begun…
A little bit of this, a little bit of that… →