How NOT To Waste Time 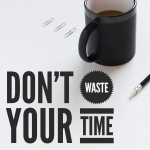 I hate to waste time and am always multitasking. Did you have a great time visiting with family over the Thanksgiving Holiday and, like me, that 5 – 6 – 7 or even longer trip looms ahead of you? What do you do with that time – if you are not the principal driver? Here’s some ideas.

I hope your Thanksgiving holiday was spent with loved ones as mine were!

Posted in Holidays, My Dribbles and tagged Crossing the Line, deleting emails, Holiday travel, how not to waste time, napping in a car, reading in a car. Bookmark the permalink.

Have the words “I Love You” become meaningless from overuse? This was the subject of a letter to Dear Abby in the paper this morning. I tend to read Jeanne Phillips every morning whether for lack of other amusing news in the newspaper or a habit I picked up from my mother. I’m not sure.

Readers can guess from the signature “UNCOMFORTABLE IN TEXAS”, that the letter writer was uncomfortable with female and male friends ending their conversations or random meetings with the phrase, “I love you”, and he wondered if he was a weird guy because of this.

Of course, Dear Abby assured him he wasn’t weird and that it was not uncommon for friends of both sexes to say “Love you” or “I love you” to each other. She went on to say it was healthy to express our feelings because there’s never too much love in the world.

This “Love you”  letter brings back a memory for me from many years ago. As you know, Andrew is the baby of the family having four older sisters, two of which are eighteen years older. By the time he was born they were off doing their own things and staying in touch was done often by phone. I ended most calls with them with “Love you”. One day when Andrew was about four, I hung up from a conversation with one of the girls and he immediately said, “You forgot to say I love you.”

Who knew he was even paying attention? After that I had to be careful of what I said in his presence because four-year-old’s pick up quite a bit. To this day he ends all his phone calls with me with “Love you”. So do the girls. I’m hoping this is one trait that will be passed down in the generations.

Now another story comes to mind about a good friend of mine who lives in another state. I actually think Vikki and I became better friends after I moved from Louisiana to Florida. We talked a lot more, but that may have been because all our children were finally in school and we had the house to ourselves most of the day. Sometimes I wonder how either of us got anything done while talking on the phone so much. That was at a time when texting was nil and watching the minutes on our cell phone plans was an everyday occurrence, but we made that daily phone call last as long as we could.

Vikki was my sounding board on my first book, “Crossing The Line“. I asked for advice. She gave it. Sometimes I took it and sometimes not.

One day during a particularly long conversation, I was multitasking while talking and trying to prepare dinner at the same time and she was probably doing the same. We ended our conversation quickly to get dinner on the table in time. “Bye, I love you.”

“I immediately called her back and she said, “It was so fast, I wasn’t sure what you said, but uumm, yes, I think you did.”

It seems good habits are as hard to break as old ones are. “Love you Vikki!”

Posted in Family, Humor, My Dribbles and tagged cell phone plans, Crossing the Line, Dear Abby, eavesdropping, I Love You, Jeanne Phillips, never too much love in the world, weird guy. Bookmark the permalink.
← Older Posts
→
Loading Comments...
Comment
×
%d bloggers like this: