Twitter Facebook RSS Feed
← WITHOUT MOTHER THERE WOULD BE NO ALASKA
WILL IT PAY TO BE OPTIMISTIC? →

3 TOP EXCUSES FOR NOT BEING THERE

Excuses or little white lies are made every day when the stars are not lining up in our favor to attend what we really don’t want to attend. As not-so-responsible adults, when we spew forth those excuses in front of, or for our children, we are only teaching them to carry on the tradition and be less responsible.

To be part of a high school marching and concert band class, after-school rehearsals four days a week are rule-of-thumb with an occasional Saturday rehearsal thrown in for good measure. (pun intended) Kids don’t always want to be there. It’s hard work, hot during marching season, time consuming, and students, nor parents realize it’s important for a good performance. It can’t all get done in a forty-five minute class period five days a week if you want to be part of a superior band. 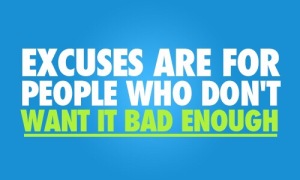 Now remember H doesn’t have a one hundred and fifty or even a seventy-five piece band. Only around thirty and that includes the color guard. Everyone basically plays a solo  and when you’ve got one or two or three out of the equation, there’s a hole or two and missing instrumentation.

H has heard many of these little white lies in the course of his teaching career. ‘The dog ate my homework’ doesn’t apply to band. The top three excuses he has heard, among many other questionable ones are listed below.

I could elaborate as to why these excuses aren’t feasible, but we will leave that for another post – WHY THESE 3 EXCUSES DON’T CUT IT. 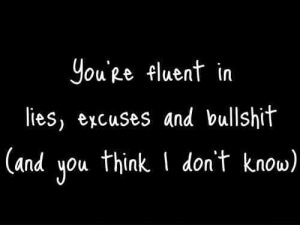 Bet your bottom dollar they will all show up early or on time for the end-of-the-year trip!

Posted in A To Z Blogging Challenge, School news and tagged band rehearsals state band festival rehearsal, how not to be a responsible adult, little-white-lies, the dog ate my homework, traching kids to le, why I can't be at band practice today. Bookmark the permalink.

Elle Knowles lives in the Florida Panhandle with her husband and off-at-college-most-of-the-time son. She has four daughters, one son, and eleven beautiful grandchildren. 'Crossing the Line' is her first novel. The sequel 'What Line' is a work in progress. Recently published is Coffee-Drunk Or Blind - a nonfiction story of homesteading in the Alaska wilderness with her parents and four siblings, told through letters by her mother and remembered accounts from the family.
View all posts by Elle Knowles »
← WITHOUT MOTHER THERE WOULD BE NO ALASKA
WILL IT PAY TO BE OPTIMISTIC? →